Osprey won Best Magazine from the California College Media Association for the spring 2016 issue featuring stories on campus rape and guns on campus. 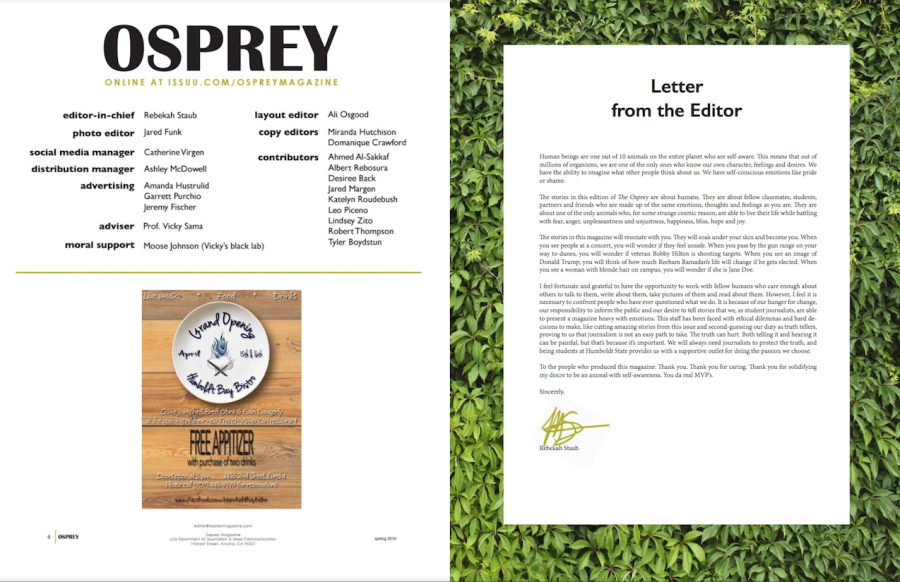 “The subject matter of Osprey speaks directly to its audience in a frank tone, and holds nothing back. The features reporting in impressive.”

The same spring 2016 issue won Best Photo from the CCMA.

“The subject matter of the article and the photograph are handled with the right amount of influence from the photographer. Not too much and not too little editorializing, which helps the end product. Well done!”